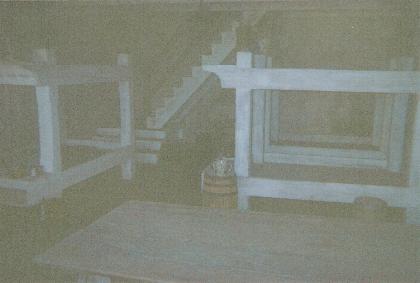 We had not planned on stopping here. We were on our way from the St Augustine Lighthouse to the Old Jail, when we came across this magnificent fort.  One of the first structures ever built on the New America's soil, the fort has been reported as being haunted by many visitors who have been there, and heard or saw things they could not explain.

The fort is made from ancient coral and stone and is in excellent condition for its age. There is restorative work being done in some areas, but the place is huge so you'll have no problem finding areas to do some investigating.

We were able to do EVP work and digital photos in the armament area, the old barracks, the old prisoner holding cells, and a well protected area deep inside the bowels of the fort used to store extra ammunition and supplies. These holds were allegedly used to hold prisoners, and on inspection, you can find evidence of bolt holes in the walls where someone could have been chained up there. Later we did hear the faint sounds of chains.  We again did not have any luck with the EVP's or the digital photos. We did witness a few cold spots in odd areas where you would not expect them to be. These were quite noticeable on this hot evening. At one point we swore we heard chains rattling in one of the holding areas, but they were not captured on our digital recorder.

Based on the lack of any solid evidence captured, and the total lack of personal experiences, we have to conclude that the Castillo Fort is not haunted. 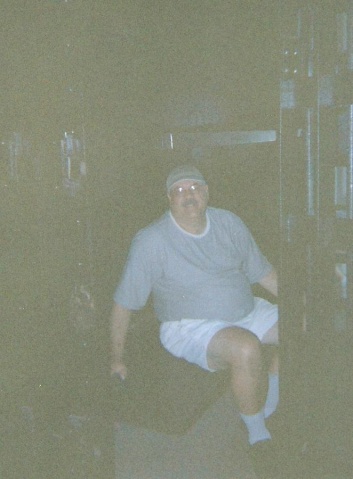 This was the third location we decided to investigate while on vacation. St Augustine is full of old buildings and historical sites. The old jail is located just north of downtown about half a mile from The Castillo.

At certain parts of the year you can take ghost tours which take you to local places reported to be haunted around St Augustine. They do these in the evening and during the nigh time hours. This was our third investigation during total darkness, but they had lights on outside because its a tourist area, so we really were not in complete black darkness. This was very unlike the Castillo where it was pitch black in the lower holds.

Once we got inside, we would move off into the different rooms and try doing some EVP work and take a ton of photos.

We visited the sleeping area on the upper level and we both heard creaking like someone was walking around in there, but we saw nothing. We also smelled whiffs of cigarette smoke in the death row area, but this could have been from any one of the visitors who was in there on a tour during the day that smoked, so we had to dismiss that.

The main cell block was creepy, but the room had an echo so it was difficult to determine if a sound you heard was something paranormal or just yourself. We sat in the cells and took lots of digital photos, but frustratingly came up with nothing but some dust. The digital recorder EVP's did not pick up the footsteps from up in the sleeping area. Neither of us had any type of personal experience at this location.
Our conclusion based on the lack of personal experiences and evidence captured is that the Old Jail is not haunted.